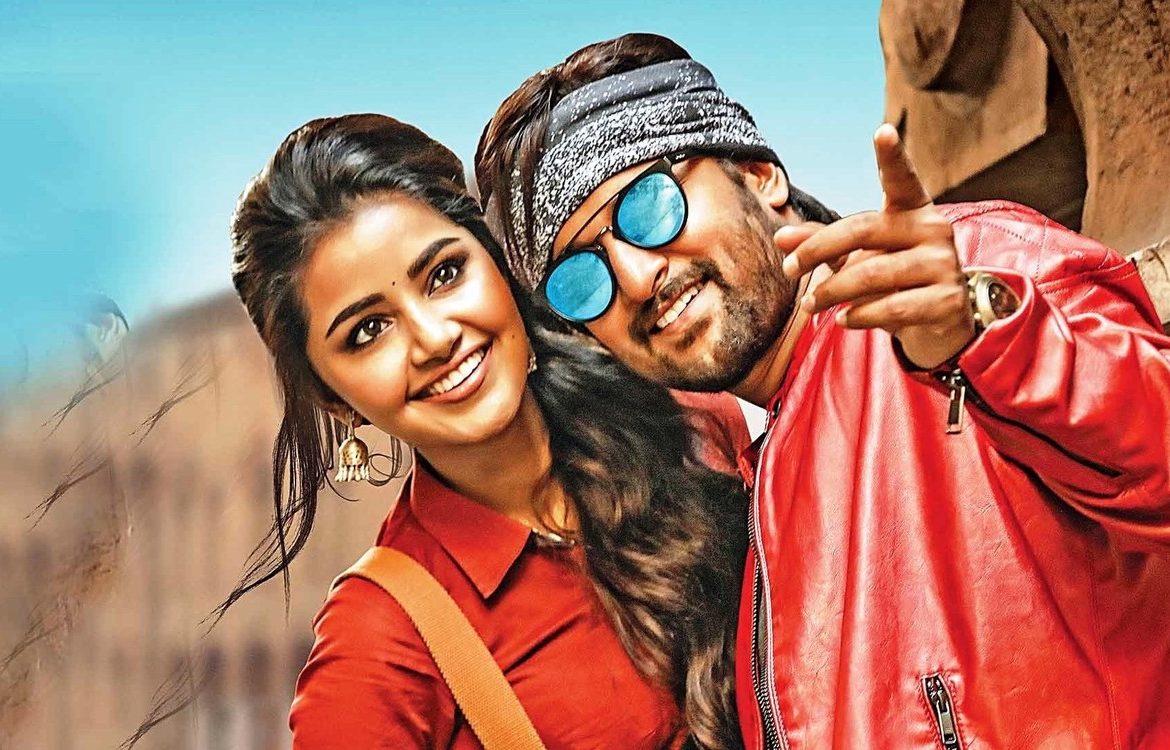 Natural Star Nani’s another duel role hit movie “KrishnarjunaYudham.”  The movie thoroughly entertained with love and comedy scenes.  The movie made with clean Love and action entertainer without any vulgar dialogues and a heavy dose of romance.  It is worth watching with the entire family.  The movie is available on the OTT platform like aha.  I missed the movie in theatres, then go for a watch on OTT with the entire family. 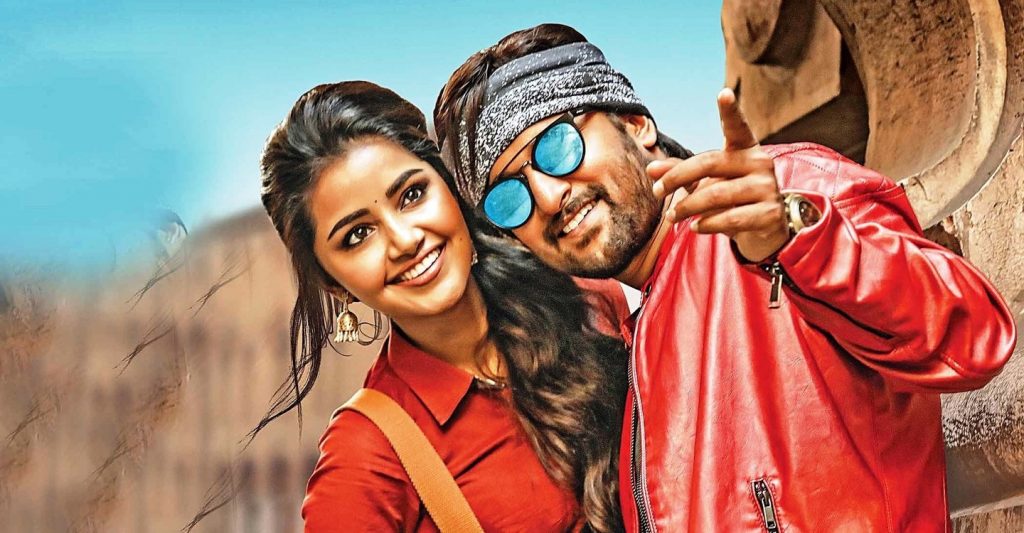 Tollywood Natural Star Nani movies must contain entertainment, irrespective of the movie’s genre.  Krishna ArjunaYuddham also had the necessary flavor of comedy, entertainment.  The movie is made under the Action Comedy Entertainer genre.  The first half is filled with Love between two pairs, one is in a village, and another one is foreign.  Director showed two different backdrop love stories, village, and foreign, in the simultaneous screenplay.  This attempt by the Director is brilliant.

The movie available in aha platform in full HD format

The main story revolved love stories between two pairs in two different backdrops, and finally, the two pairs linked with one problem.  What is the problem?  How did they solve the problem?  The answers will be revealed in the remainder of the story.

Krishna (Nani), who lives in a small village of Chittoor district, usually proposes to girls, but none of the girls accepted his proposal.  At that time, he saw Riya (Rukser Mir), granddaughter of the village president.  He fell in Love with Riya at first sight.  On the other side, Rock Star Arjun (Nani) in foreign life is cupid by maintaining relations with many girls.  After some time, Arjun saw Subbalakshmi (AnupamaParameshwaran), fell in Love sincerely with Subbalakshmi and proposed to her.  But, Subbalakshmi rejected Arjun because of his playboy nature.

As the story goes on, Krishna and Arjun have the same problem.  What’s that problem?  How do they solve the problem?  Is the war between the two of them a war between Krishna Arjuna?  Or did they fight combined with others?  The answers will reveal in the movie up to the climax.

The main reason to watch the movie is Nani’s performance in two different contrast backdrops.  Brahaji and other comedians are given refreshments between emotional scenes.

AnupamaParameshwaran and Ruikser Mir’s glamour and their performance will eye lock.

Two different contrast backdrops locked with one problem is a brilliant idea, and the Director succeeded in dealing with those two backdrops effectively.  Screenplay and Direction is the major strength of the movie.

Photography by KarthikGattamaneni and Music by Hip Hop Tamizha are given their best and helps the audience involved in the story.

Finally, Krishna ArjunaYuddam’s movie must be watched with the entire family to have fun together.